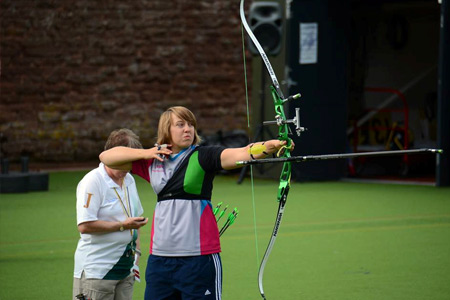 Currently part of the Archery GB TASS Transition training group, working towards Talent Confirmation, hoping to represent team GB as a Junior within the next two years, with the long term goal of reaching the 2020 Tokyo Olympics.

Jess has been shooting for 6 years now, from humble beginnings at a small local grass roots club in the UK called Nova Bowmen. Selected by Archery GB to attend the first Northern Performance Academy in September 2013. Jessie holds numerous county records as a junior archer and a brief overview of her achievements as follows: