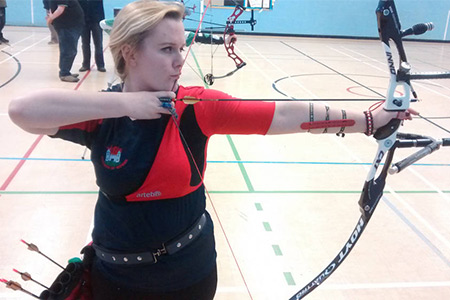 My name is Alice Reynolds, I am 17 years old and live in Swansea, Wales. I love archery, both target and field andI began shooting target recurve in 2013 as part of my Duke of Edinburgh Award, l quickly became part of the Welsh Archery Academy and was Welsh Open Champion in my first season.

Winter 2015/16, began shooting field archery and I joined the Welsh Field Archery Junior squad, I am now looking to complete my Level 1 coaching badge and another exciting season shooting both target and field competitions.