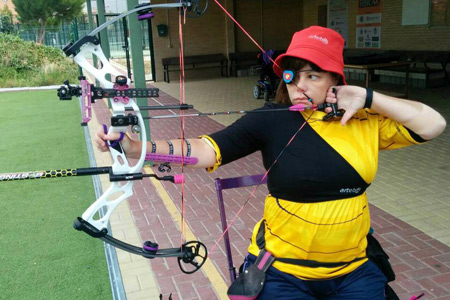 My name is Liliana Oliveros. I have a muscular dystrophy. I started in archery in 2014, competing for Madrid´s Community in regional tournaments and national championships.

In my first international tournament (Dutch Para Archery Tournament in May 2015) I got the silver medal in my category; Compound/Recurve W1 women and in the World Para Archery Championship held in Germany in August I finished in 5th place and I've got a place for the Paralympic Games in Rio 2016.